Visionary concept watch is the result of José’s curiosity. He decided to disassemble a conventional analog watch and re-assemble it again in different way yet still maintain its features. The result is chaos. At first sight of this watch, everything seems chaotic, but actually, it’s been designed to change the way you think about time, just like Tokyoflash’s vision.

This watch represents formal deconstruction of an analog watch then proposes a new way to read the time, there’s a beauty in its complexity. There are 2 ways to read the time: markings (default) or numbers (user’s choice). It also has the ability to display date and set up an alarm.

The designer hopes that Visionary concept watch stands out due to its uniqueness, simple appearance, and high level of customization. These features can appeal to variety of audience, especially those who are interested in wearing one-of-a-kind piece that goes beyond its function. 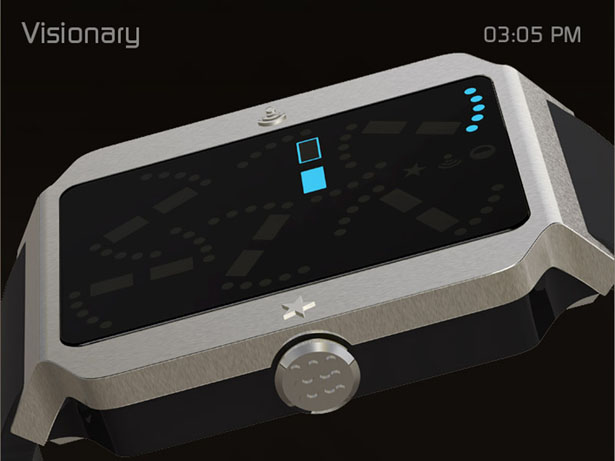 Tuvie has received “Visionary Analog Watch Deconstructed Concept” project from our ‘Submit A Design‘ feature, where we welcome our readers to submit their design/concept for publication.

One thought on “Visionary Concept Watch by José Manuel Otero”